SANUBARI was the title for a photography exhibition celebrating photographer Nirmala Karuppiah back in 2015, a graphic designer from 1996 to 2005. Nirmala was noted to be a freelance photographer from 2005 up to 2015 (SANUBARI – portraits in motion, a solo exhibition by Nirmala Karuppiah, 2015)  In the preface of the catalog, The chairman, Dato’ Mahadzir Lokman noted the exhibition of the collection of works are an exhibits of Nirmala’s works that at least spanned two decades of passion and efforts in pursuant of the subject of dance through photography.

In the catalog, Nirmala covered three distinct characteristic and types of dance, namely labeled Odissi, Main Puteri and also Cantonese Opera. It was noted that only some of the works within the documentation was exhibited. SANUBARI was given additional context in regards to Nirmala’s journey through curator Sarah NH Voegler, whom had managed to distinctly written about Nirmala’s process and concerns involving the documentation of the three major subjects in the exhibition showcasing her concerns from past exhibitions and how it entails her aesthetical approach for her concurrent projects.

Nirmala had multidisciplinary practices before she was a photographer; a designer, and enthusiast of dance culture and photography artist. Nirmala’s recent works were covered in a 2018 News Strait Time (NST) article entitled ‘’To Papa With Love’’ by NST journalist Intan Maizura Ahmad Kamal covering Nirmala recent exhibition works of photography narrating her experience with her late father who lost a battle with Parkinson, pneumonia and stroke. The exhibit, according to Intan, the article thoroughly covered the exhibition, inclusive interview and highlighted three of her major exhibition, which is FLUID LUCIDITY(2006), CAPTURING TWILIGHT(2010) and SANUBARI: Portraits in Motion (2015). 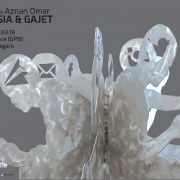 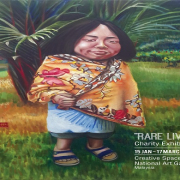