If you have an interest in Innovative Printmaking Workshop, please download this Application Form and submit your application to Networking and Education Unit.
For queries, please contact us: 03-4026 7000 or e-mail jnp@artgallery.gov.my
Deadline to Submit Workshop Application: 18 Feb. 2019 , Click Here. 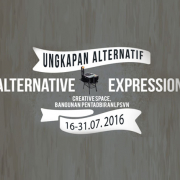